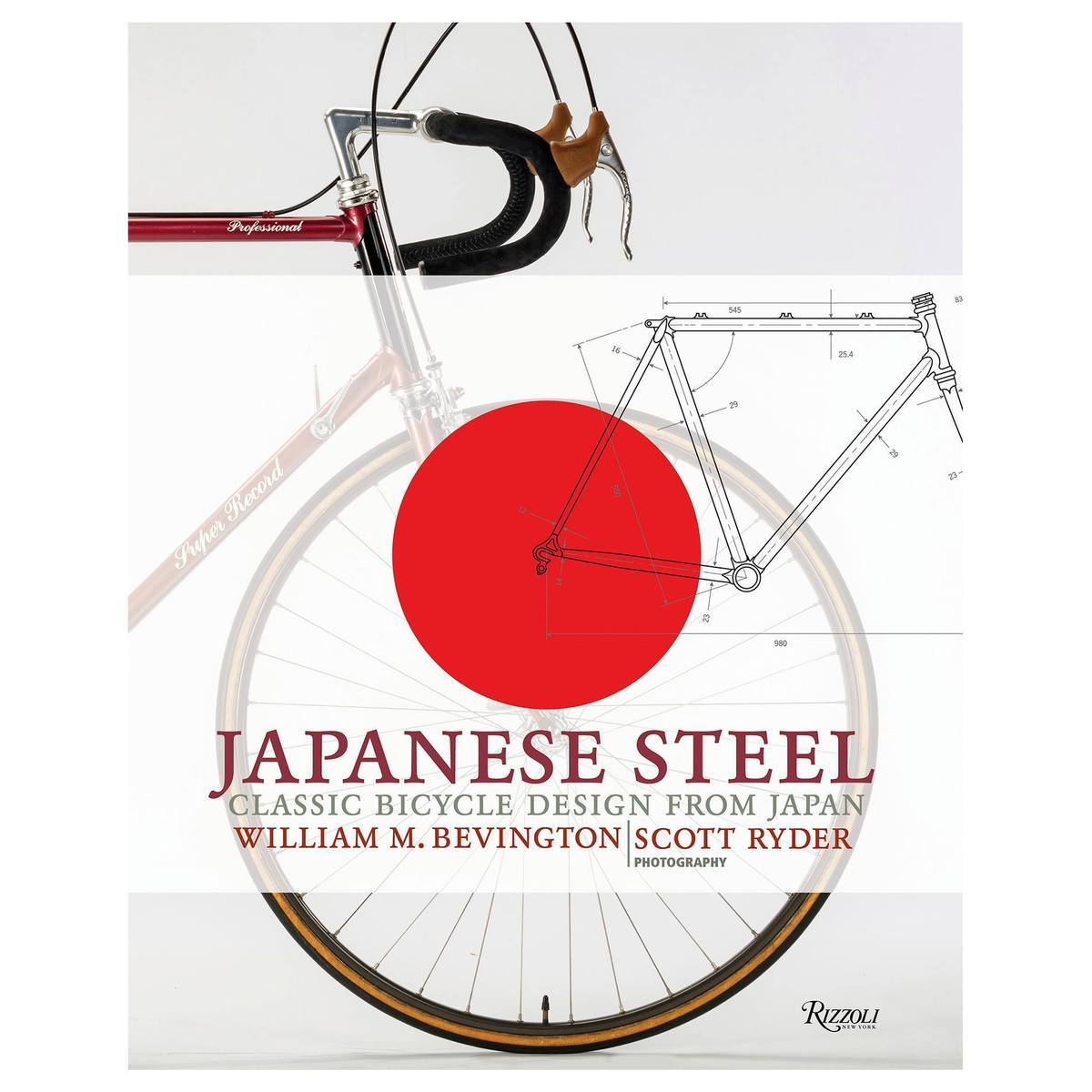 Classic Fuji Archive took a break while I worked on the photography for the book "Japanese Steel: Classic Bicycle Design from Japan".

It's available on Amazon and is really the go to book if you love Japanese bicycles.

Bill Reavis, the creator and owner of ClassicFuji.com passed away unexpectedly in April. Bill was a great friend and mentor to me and really got my love going for all things Fuji.

Unfortunately for now, ClassicFuji is down. Luckily I have all the content of Bill's site and will be working on re-creating and adding lots of additional Fuji information.

If you have any questions regarding a Fuji you may have or want to restore, please drop me a line at the address listed on the home page.

Do you have some nice photos of your Fuji?  Restorations before and after are always welcomed as well.  Please share if you'd like and I'll post them. 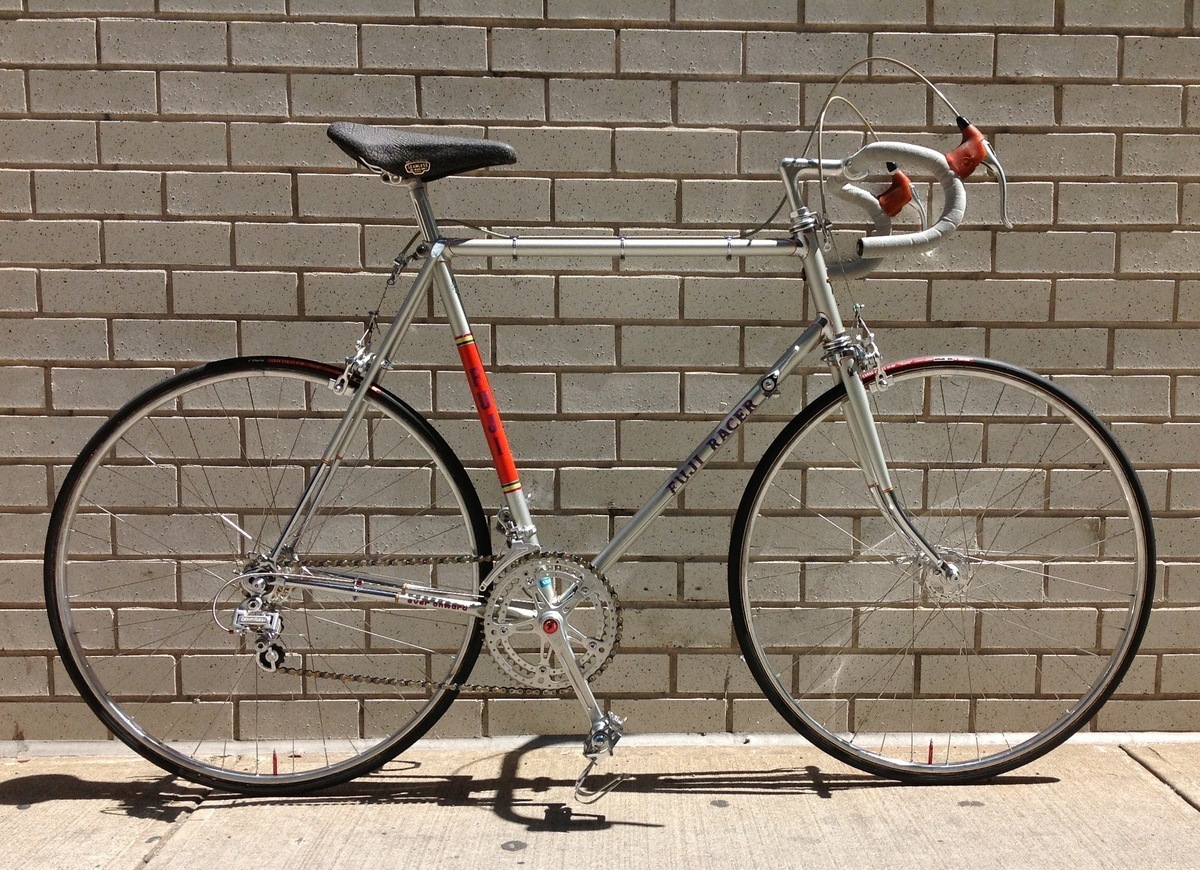 From contributor and friend, William Bevington:

1971 and 1972 have the older style components and essentially support the magnificent Newest frame with nearly the same components as the Finest. In 1972 components began to change, but it is 1973 with the “1B” version that nearly every component of the bicycle is modified. From a distance the drilled chainrings are quite apparent, but it is not until  one engages in closer inspection that the significance of the changes and upgrades become beneficially revealed. One seemingly hidden component, the Suntour Winner titanium alloy rear cog, is a marvel of unsung technology. 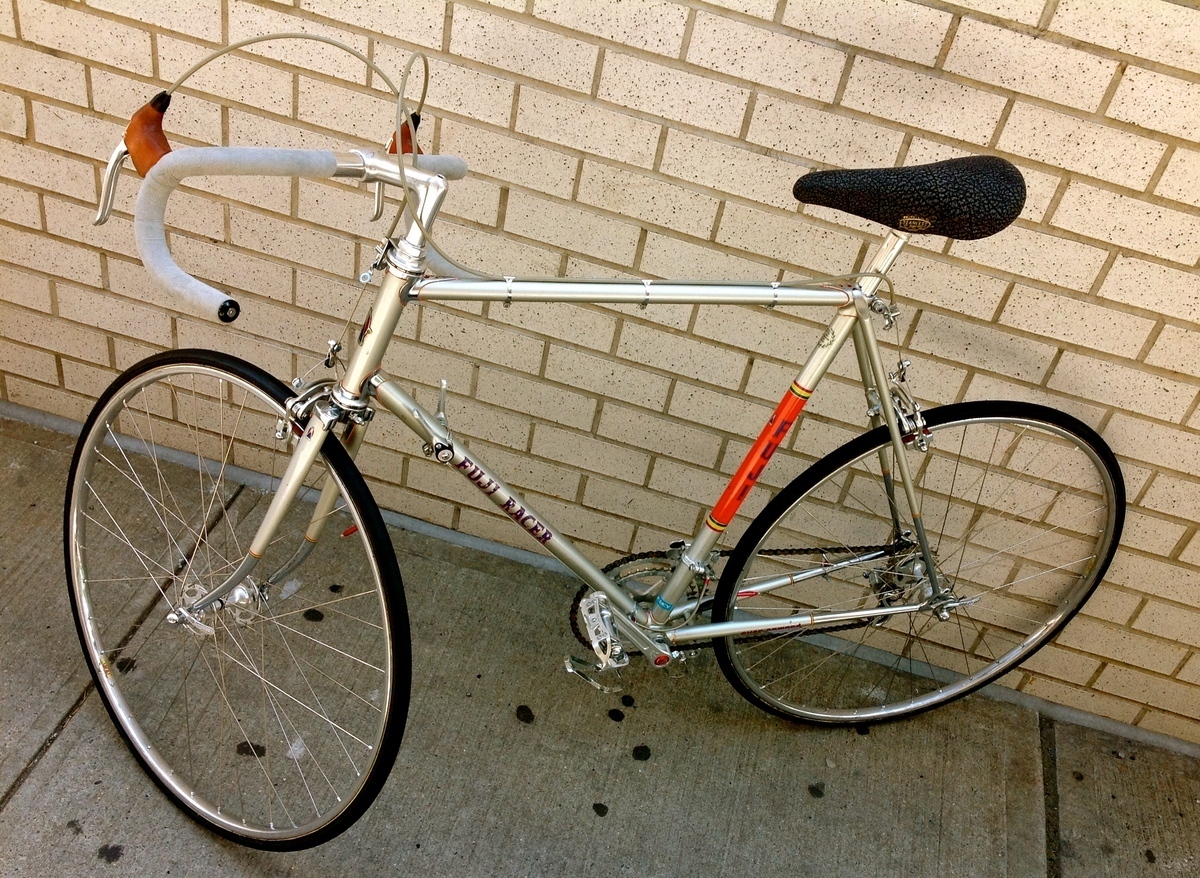 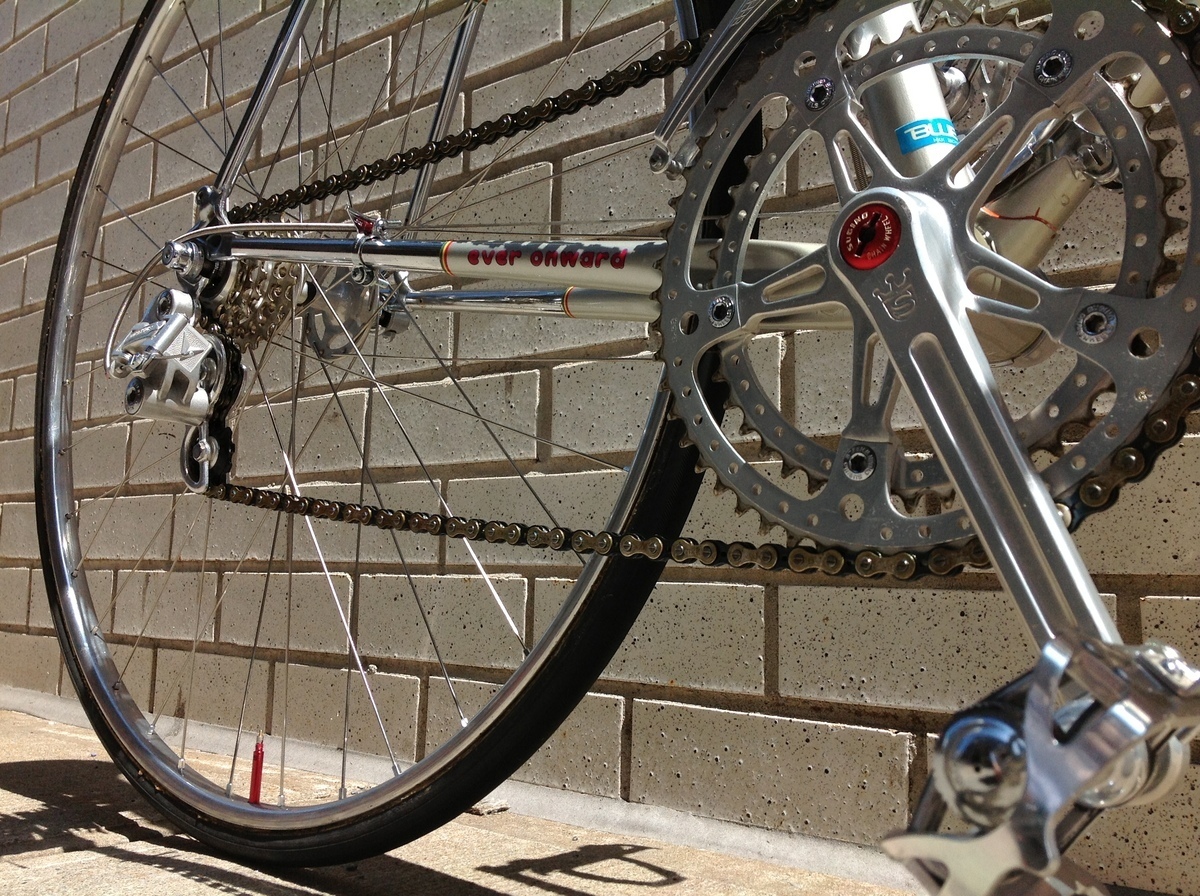 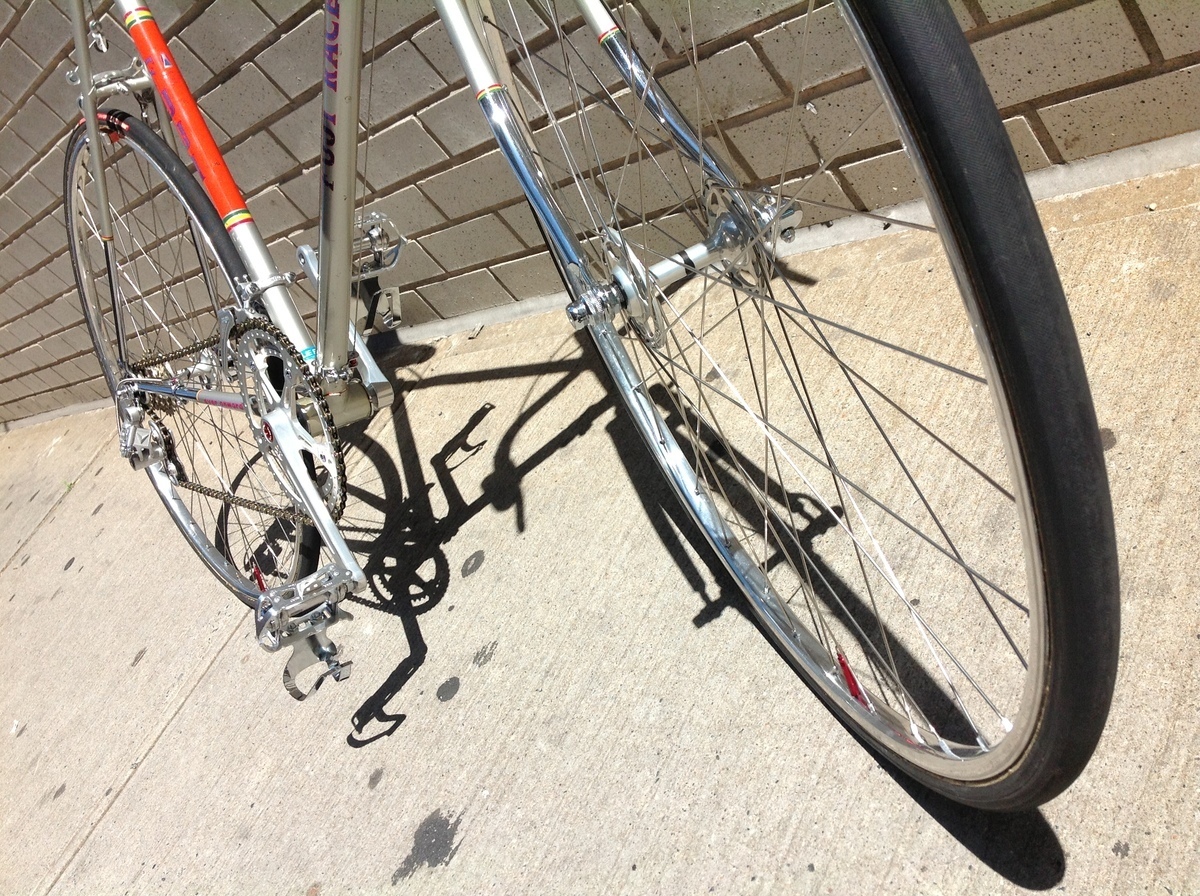 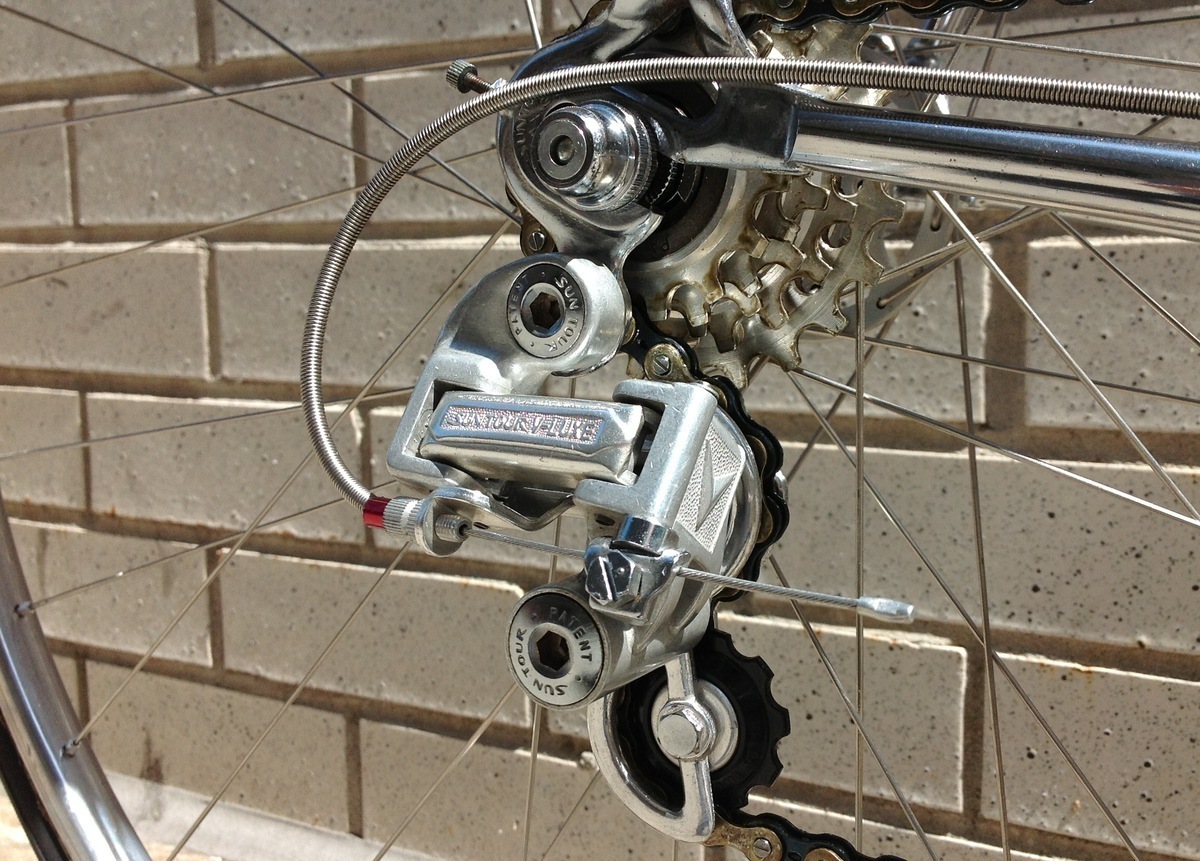 The marvelous and fairly stunning livery of orange and silver is not supplemented until 1977. So the 1A and 1B Newest had a fairly decent six year run. In 1975 the Newest had to take second position to the Pro, but it still stood a touch above the “Ace” — wherein Fuji introduced an all Dura-Ace model. (Still with the earlier "Crane" rear derailleur).

Components, (steel) tubing, and paint, of course, determine the model changes. The essential factor of any bike is therefore material and build. Somehow the Japanese got the Fuji Newest insanely “right” --  even today the ride of a Newest is 100% memorable. The aspect that made these bicycles remarkable were the build geometry, the Tange tubing, the Suntour derailleur, the Suntour ratcheting shifters, and the Suntour rear cog sets. This combination of components, along with the remarkable Soyo tubular tires and to a lesser degree, the Ukai rims, produced a kind of integration that made an uncanny ride difference. The top line Fuji was a marvel; quite expensive but in terms of engineering bliss, sublime. There is little doubt that Campagnolo had better brakes and seatpost and Cranksets by a whisker over Sugino. These items lent a better look to the high end Italian machines. But where it counted: shifting and road feedback, the Newest was, as Fuji would later advertise, "simply better." 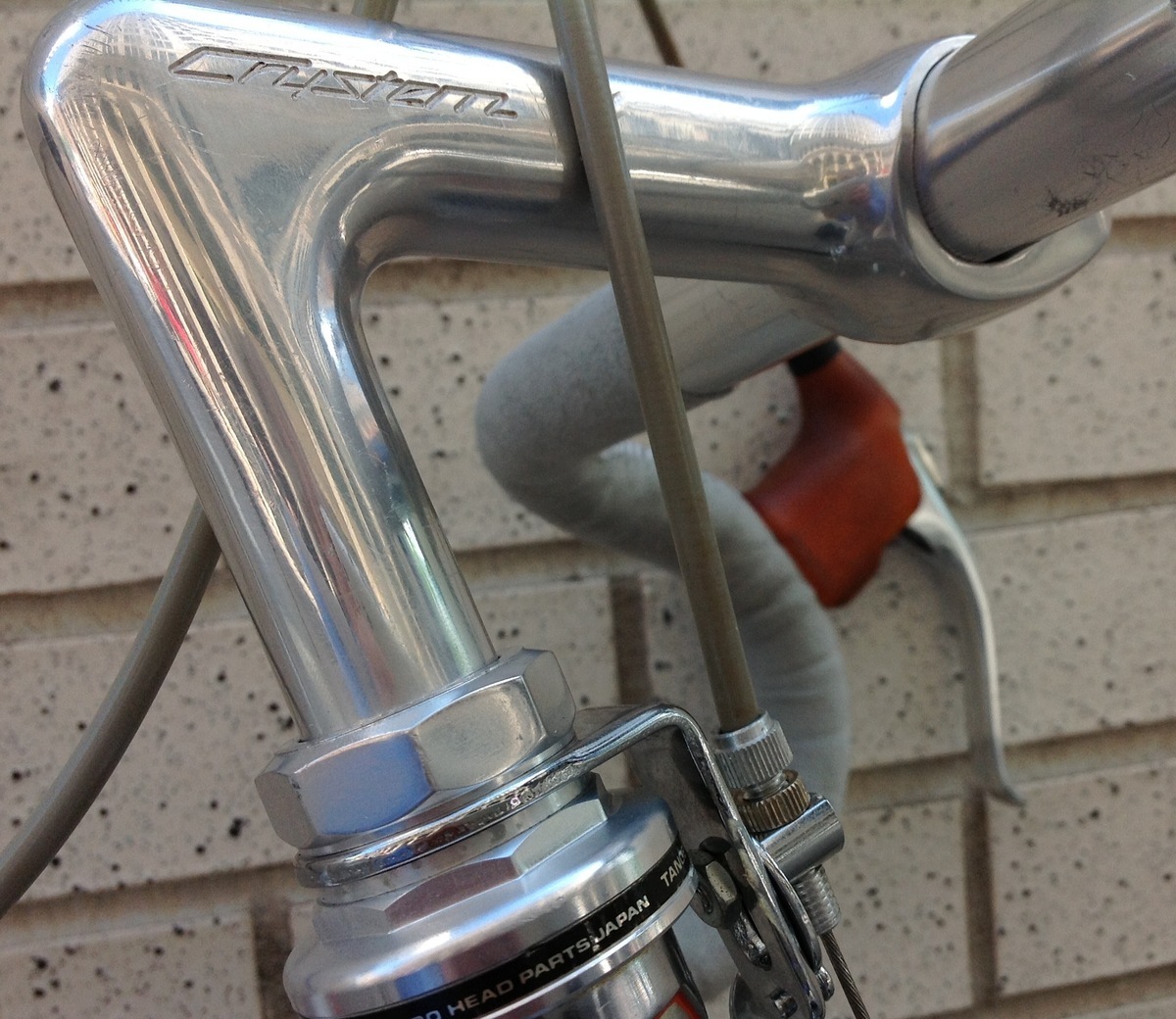 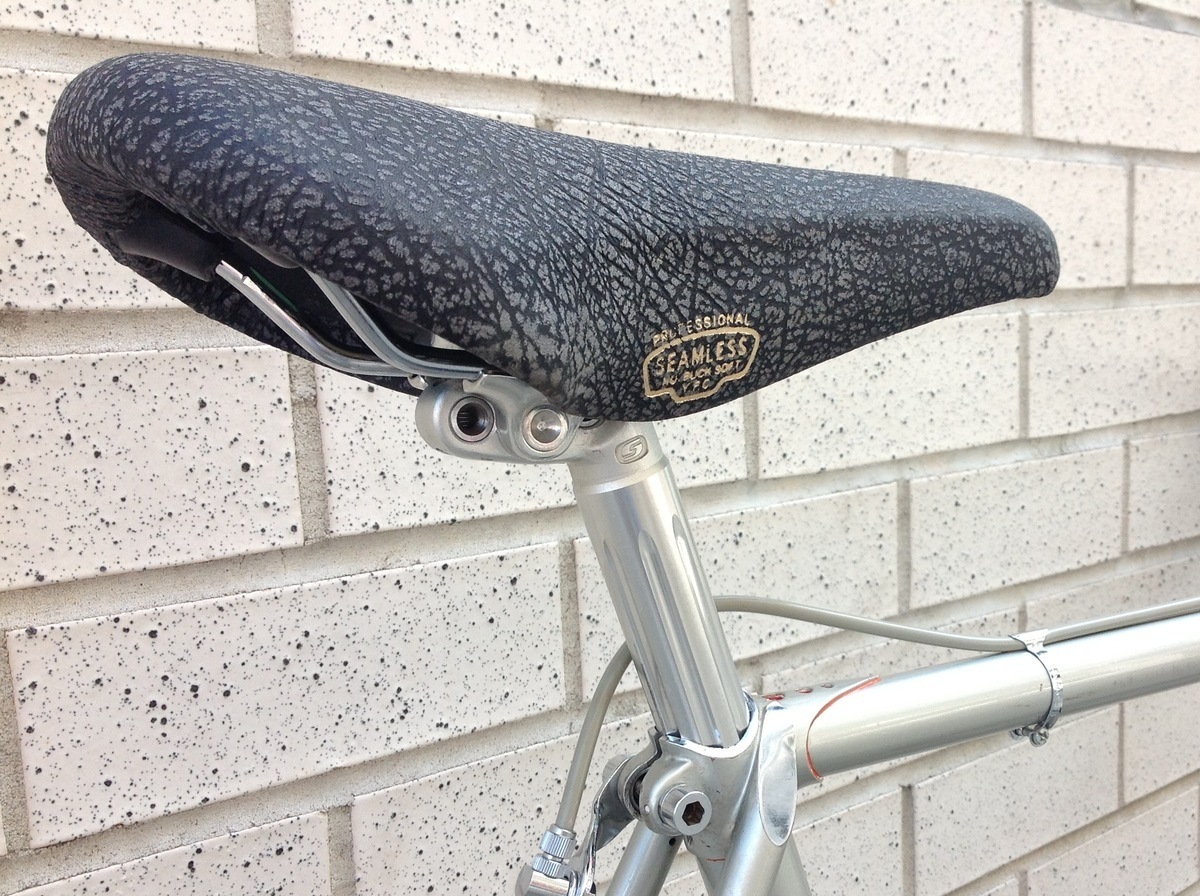 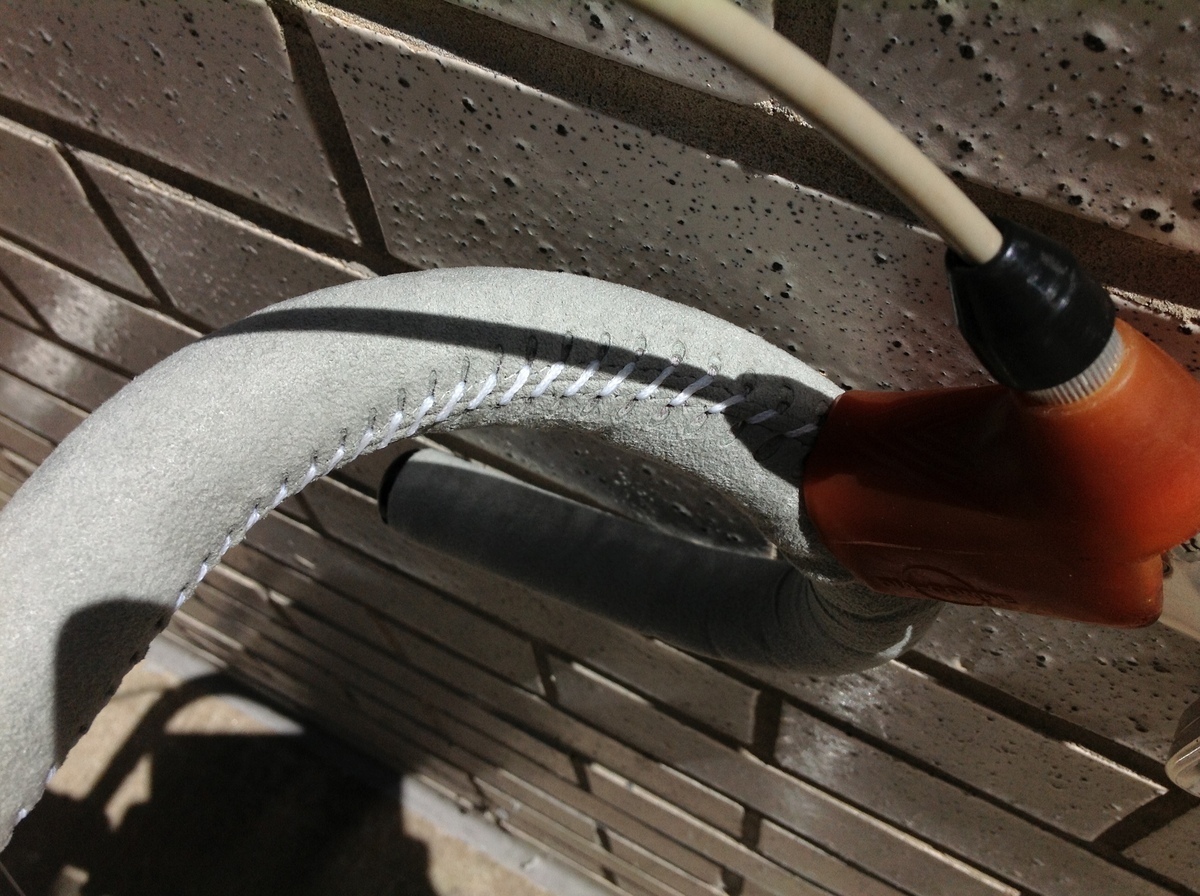 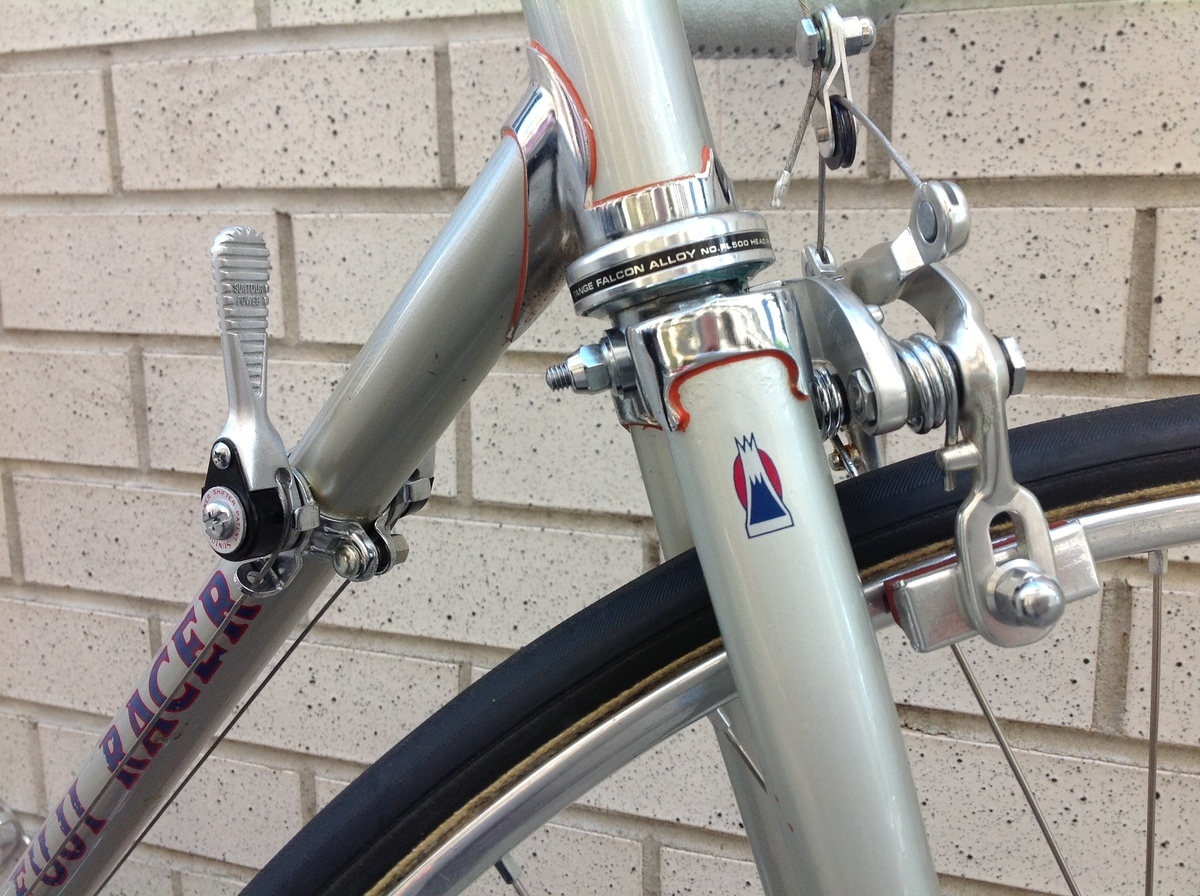 This example is a "modified" 1B: I used grey suede Fujita Bar Wrap; and the magnificent NuBuck Fujita saddle which Brian L. graciously traded to me after sourcing a New Old Stock example from Japan. The hubs are wonderful Sansine (Sanshine/Sunshine) Pro Am large flange, truly as smooth as butter; you would think they have sealed ceramic bearing balls and races. No, just silky smooth engineering precision. This Newest is essentially the best from Japan prior to the advent of Suntour Groupo leadership, then all becomes more uniformly branded. I find a great deal of satisfaction in those years prior to Gruppos (despite the fact that the designer in also drawn by the beauty of a consistent component group and branding on the bicycle).

All images taken with Fuji-film and converted to high resolution  digital files. The Fuji Newest 1Bs simply sparkle. The chrome (which covers the entire frame) is well adhered, generous in thickness and beautifully polished. The paint is magnificent. Fuji did not get the last mile detailing up to the very best of the rest of the world, pin-striping and some final decal work could have been a touch better; but the livery and graphics are a perfect blend of reserve and showmanship. Truly one of the great machines to emanate from the land of the Rising Sun. 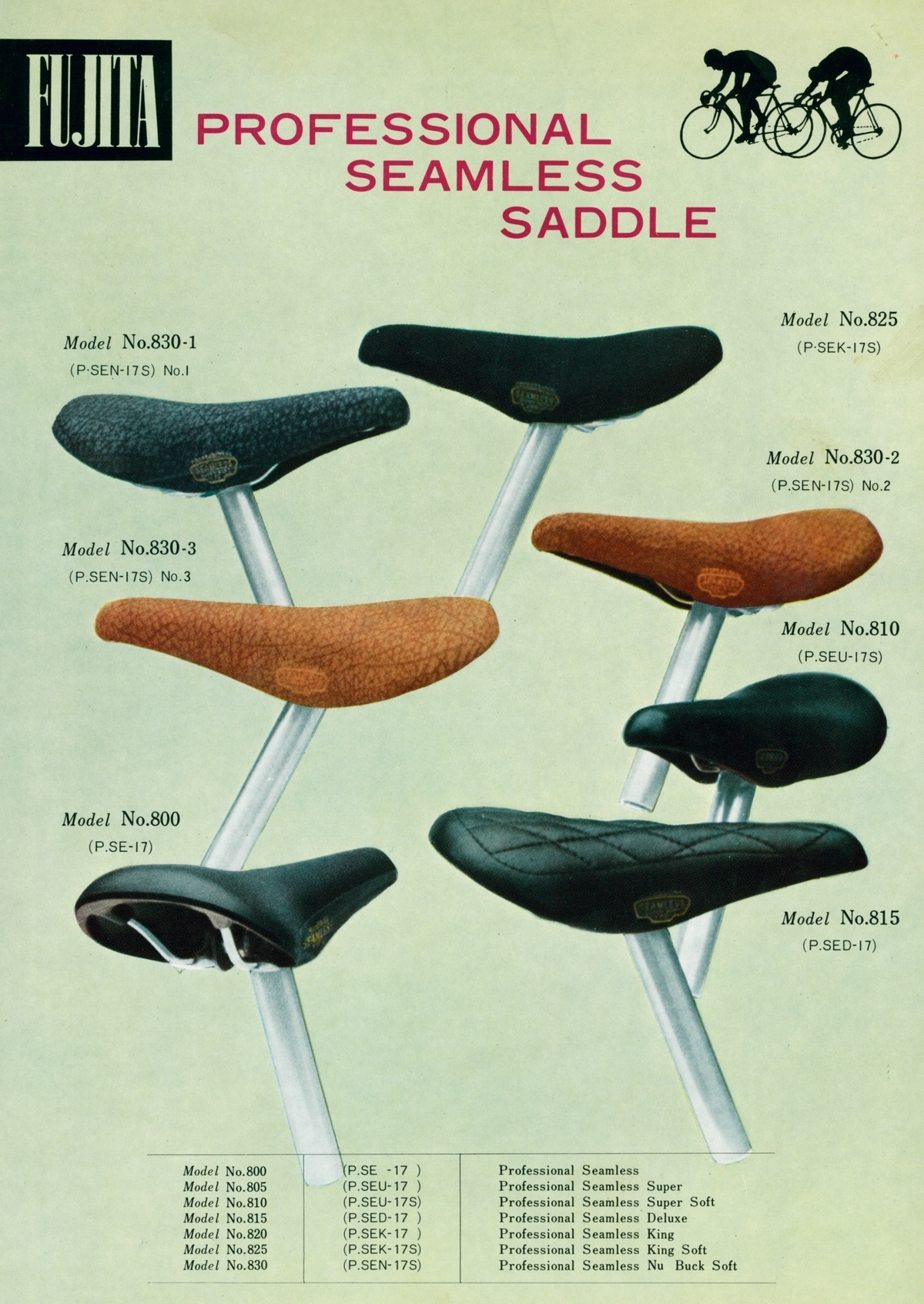 Frequent contributer and friend Brian went out to search for America and came back with a gem. Included were the original Fujita Pro saddle, Fuji bottle and Primus pump, dork disk and reflectors. Considered "the premium touring bicycle" in it's day, it's a must have for any Fuji affectionados collection. Remember to check out Brian's website: 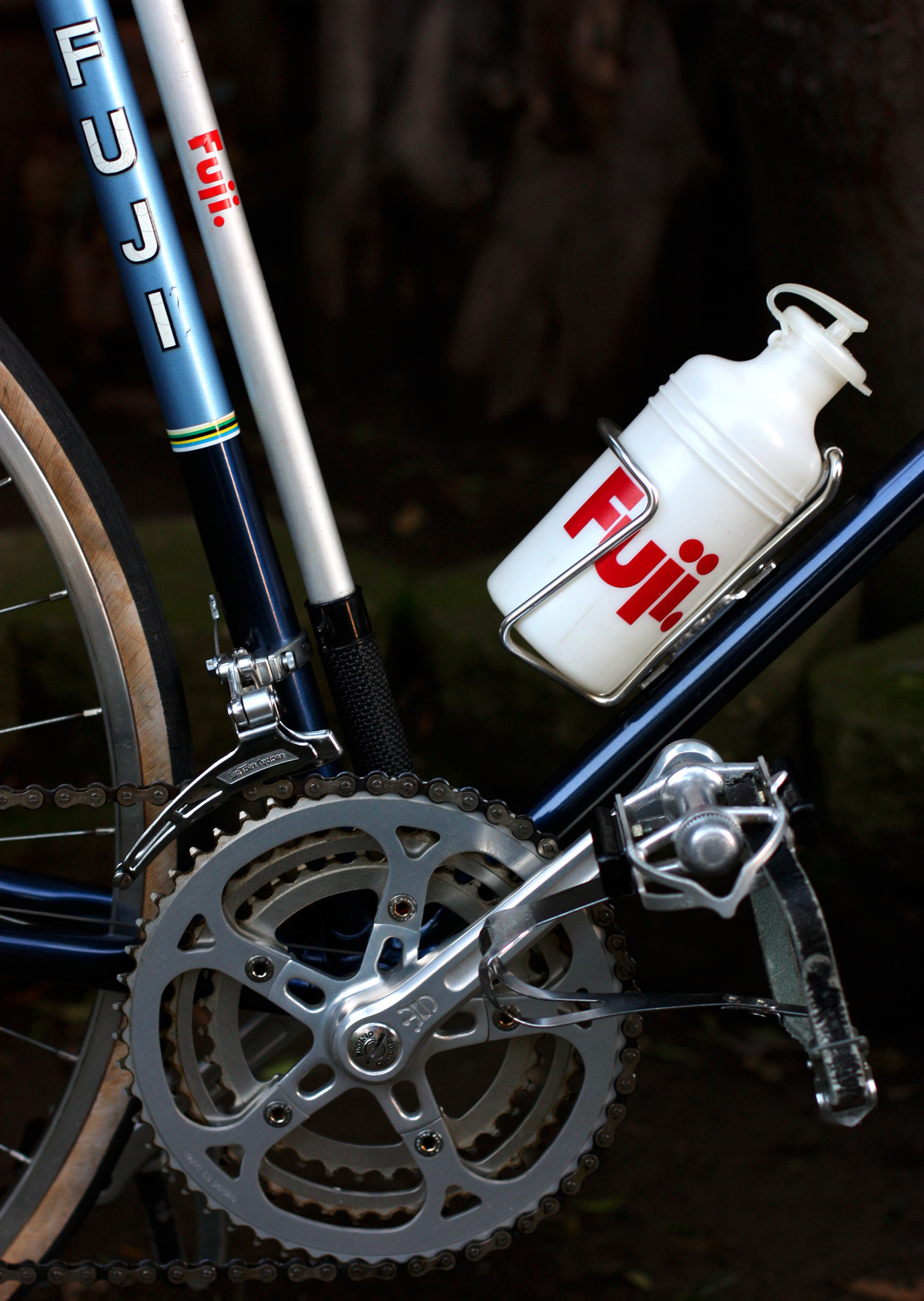